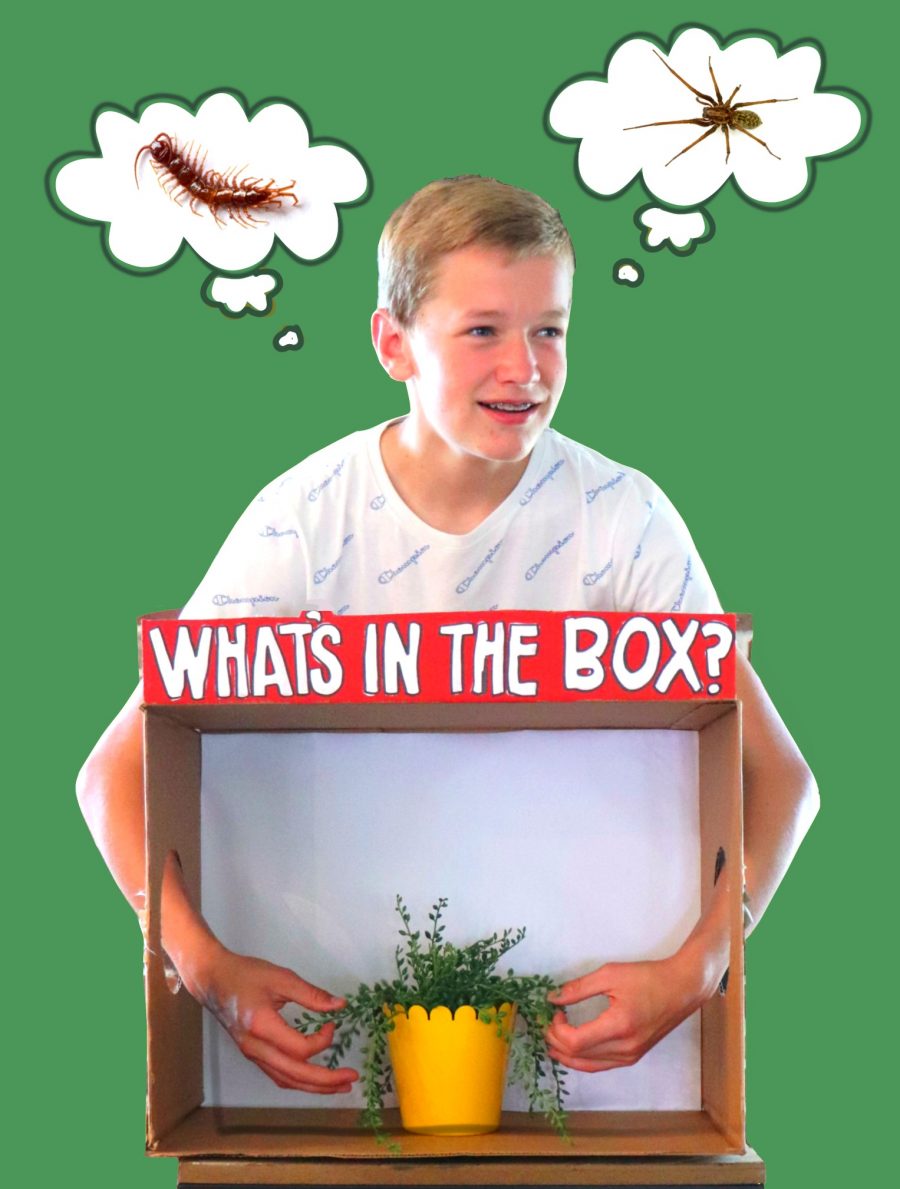 This game is going to be a hit at your next gathering! Birthday party, halloween get together and even family reunions! Place funny objects inside and let the person try to guess by feel WHAT’S IN THE BOX! 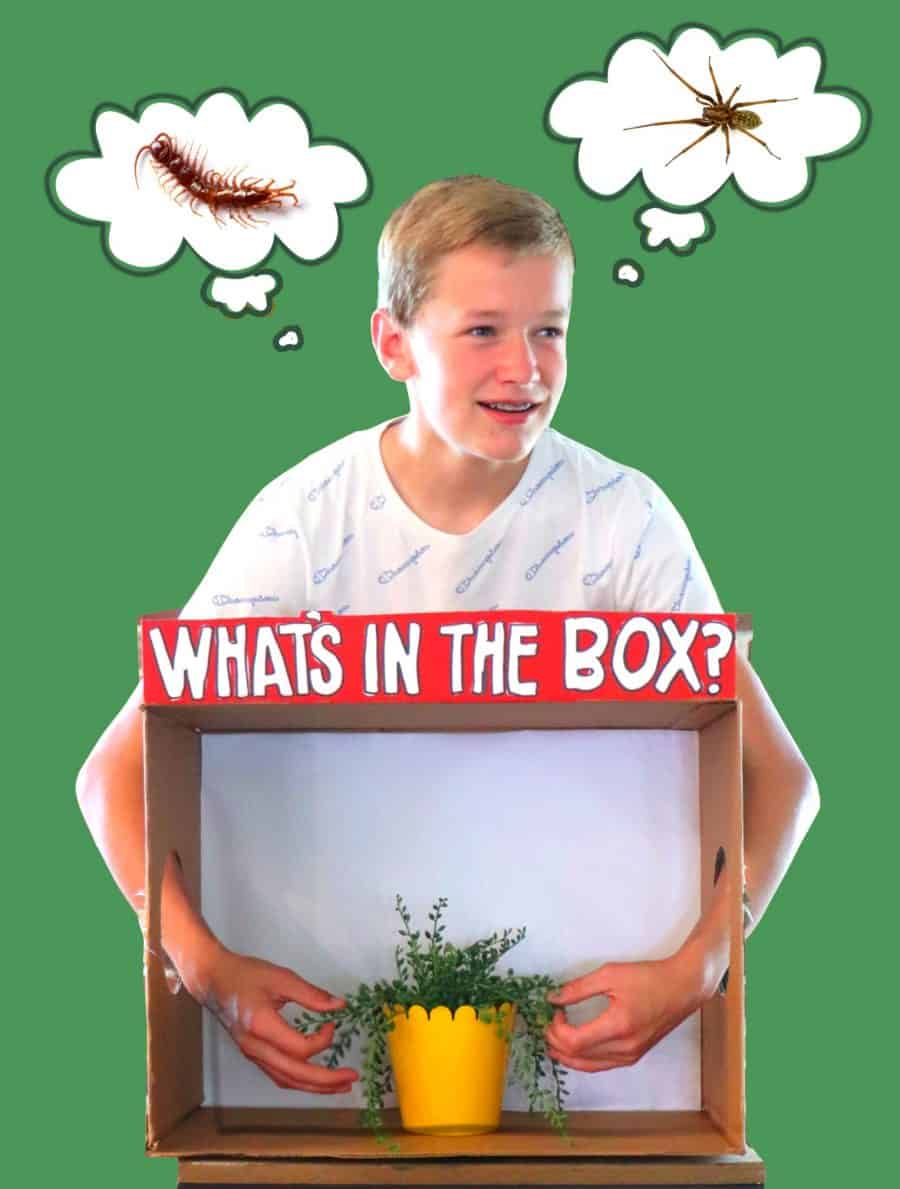 Seriously! This game is so much fun! You never know what you are going to get! Something slimy. Something pokey, Something gross! Or maybe it’s just a teddy bear! Your imagination will get the best of you as you stick your hands in those holes and give the object a feel!

How to make the box

Luckily- with all my amazon shopping- I have lots of boxes laying around. I picked one that you can put your arms around (like a hug) Because you have to put your arms in the holes and still be able to reach the object in the middle.

I cut off the top and then added some circle arm holes using a box cutter.

I added some white paper on the inside so you can see the objects better but that part is totally optional! As well as putting he top part with the title on (that’s just hot glued on!  (I included some printables down below for the name of the game!

How to play What’s in the box

This is how we we played the game:

We gathered up a pile of “gross” or weird things. Then as each person volunteered to go, we picked the thing for them to feel. We knew that some little kids would not appreciate some of our choices. But we knew the adults would be fine with a pretend used q-tip.

The person would stand behind the table and we would bring out the box. Everyone would run up and look so they knew what it was. If you planned ahead you could make a sign so the crowd would know exactly.

Also keep in mind. We told all the kids- the more you act disgusted or laugh at what we put in the box-the person who has to put their hands inside will be scared! So overreacting is the best. 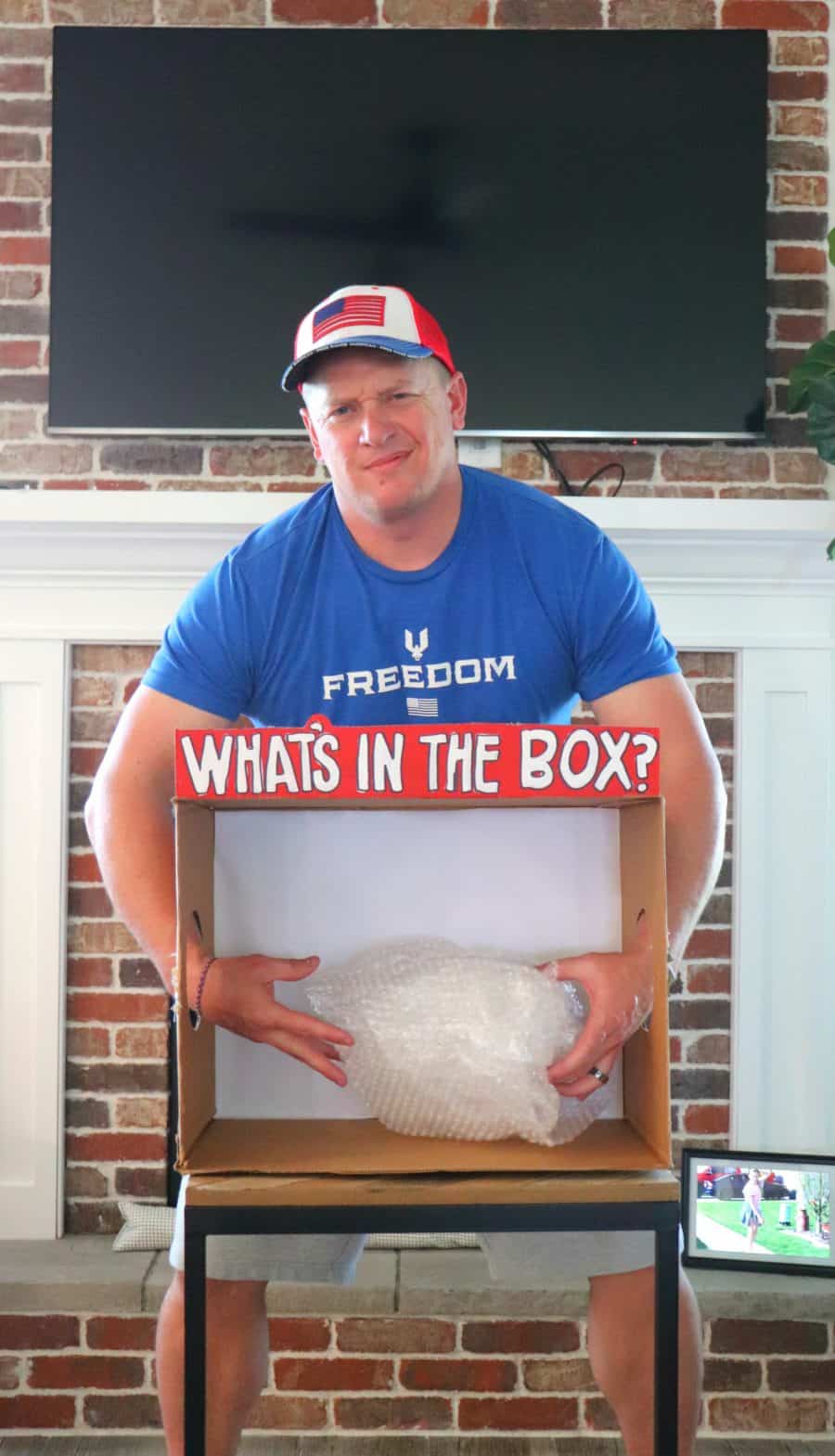 Things to put in the Box

Food in general is fun but here are a few favorites:

Other fun items you might have around the house:

ANYTIME you can find anything REAL to put inside-it’s going to be a big hit. Turtles, gerbils, cats, works, spiders, snake. If you have a neighbor with a pet animal—borrow it!

HALLOWEEN version of what’s in the box! 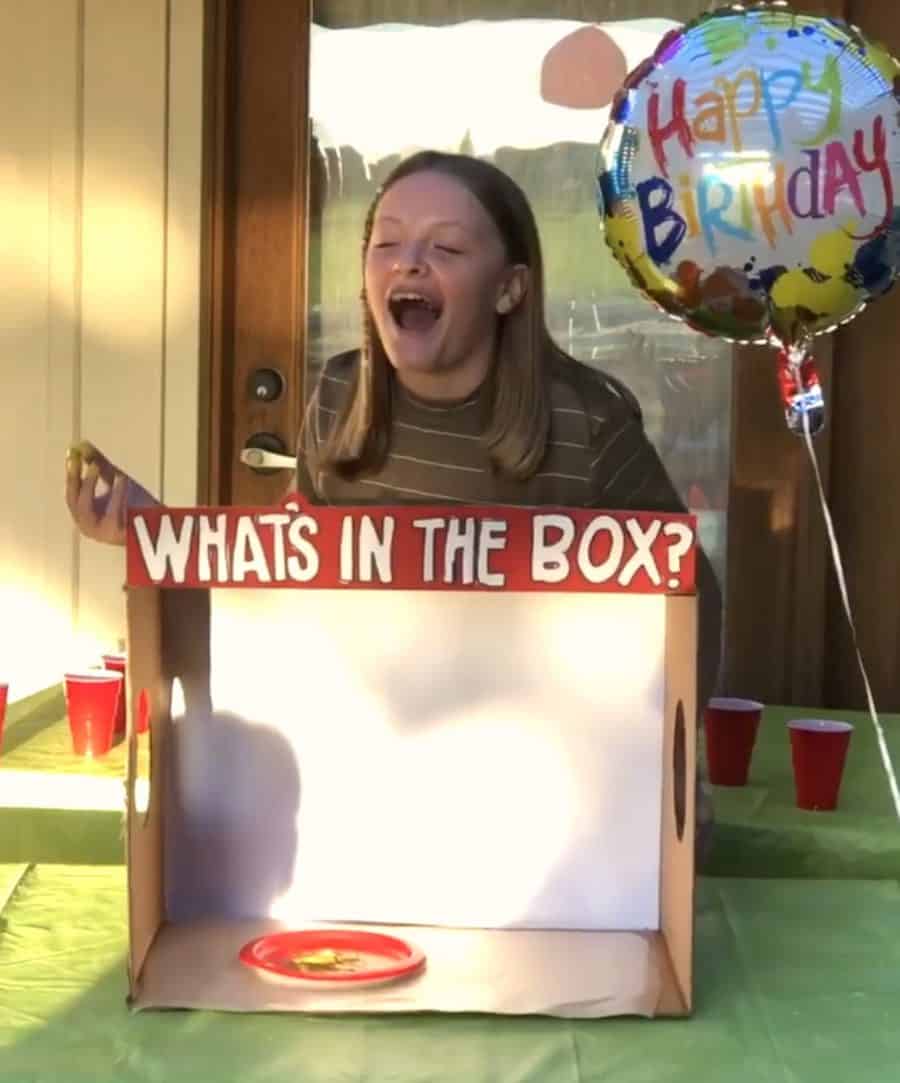 You can adapt this for Halloween very easily and put all things “gross in it”. You could tell the person what you it is (ie ear wax) and see if they can guess what it actually is.

Here is a list of fun Halloween themed items:

If you need more ideas- check out my monster mix post! I have lots of good substitutions for food!

I hope you like this super fun group game! What’s in the box is great because all ages can play- and adults will love is as much as the kiddos!

Here is the printable for the sign! You can cut it apart and place it across the edge.

Kimbo blogs at A girl and a glue gun–where she puts her hot glue gun to good use (as well as her vinyl cutter and sewing machine) She loves all crafts and is thrifty (the nice way to say she’s cheap) So she is constantly trying to come up with fast and easy projects that won’t break the bank! She lives in Idaho with her hot husband and 3 kiddos.